Everyone is familiar with the idea of a rock concert, but few events take the word ‘rock’ as literally as the recent series of outdoor gigs staged in Norway by the Pink Floyd tribute band Puls. Against the dramatic backdrop of the Kilden-Fjæreheia quarry in Grimstad, the band played six sold-out nights to audiences who were wowed not just by the music but by the spectacular projection-mapped backdrop that was created courtesy of AV Stumpfl’s Wings AV multi-image control technology.

“Blank were searching for a solution that could deliver edge-blending and warping of multiple projected images, automated according to a timeline and with built-in media serving capability. We advised them that Wings AV could deliver exactly what they needed, and once the decision had been taken, we helped them with education and support.”

Kent Bakke, General Manager at Blank, explains: “Our challenge was that we wanted to map the actual face of the quarry that provides a backdrop to the band’s stage set. The face of this ‘mountain’ measures about 55 metres wide by 20 metres high, and our render size for the project was 3120 x 1200 pixels, with a 256 pixel overlap between the two halves of the image.

“The Vioso module of Wings split the image into a multi-display, blending and warping the output of six high-output HD projectors with ease. We also used Vioso to create and edit the video content, building up an exact replica of the ‘mountain’ in 3D.

“The content was stored and played back using the Wings Engine media server, with the Wings Avio control protocol allowing secure and perfectly synchronised connection via MIDI to the show’s lighting-control desk. This meant that the video timeline was perfectly sync’d to the music and associated lighting cues, every step of the way.”

With an audience of around 950 people per night seated in a U-shaped amphitheatre exactly opposite the quarry wall, each show culminated in a spectacular climax that echoed the finale of Pink Floyd’s ‘The Wall’, with pieces of rock from the quarry appearing to break up and fall towards the stage and theatre.

Tobias Stumpfl, Commercial Director, AV Stumpfl, concludes: “From video editing to large-scale projection, interactivity and show control, our Wings platform does it all. With the support of local partners such as Preqbi AB and the superb creativity of customers like Blank, our technologies are delivering spectacul

“We congratulate everyone involved with the Puls concerts in Norway and look forward to many more exciting applications of Wings to come!” 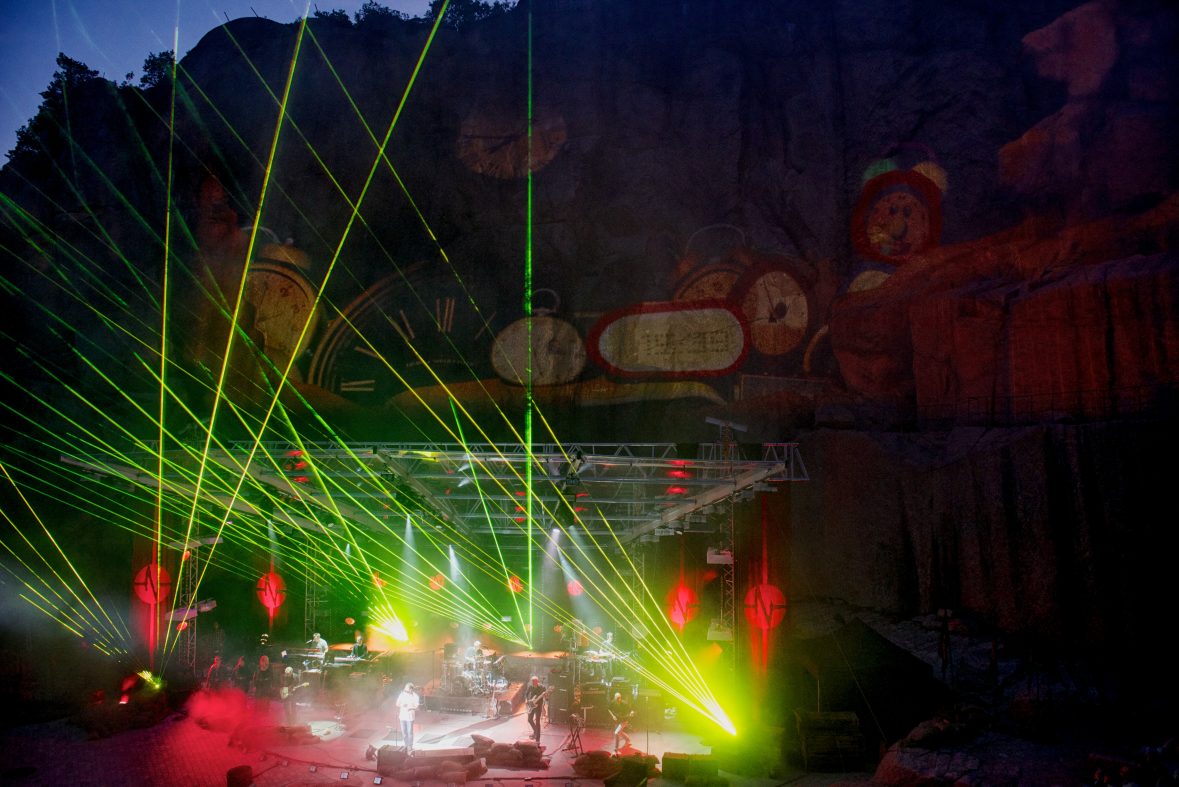 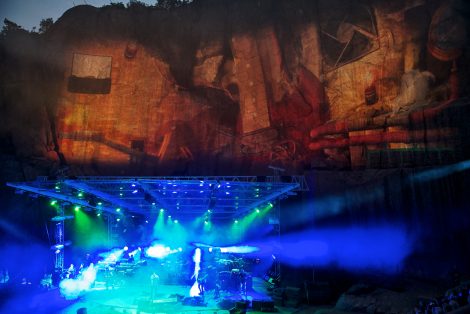